Skip to main content
Home » Medical » Should Patients With Glaucoma Switch To Decaf? 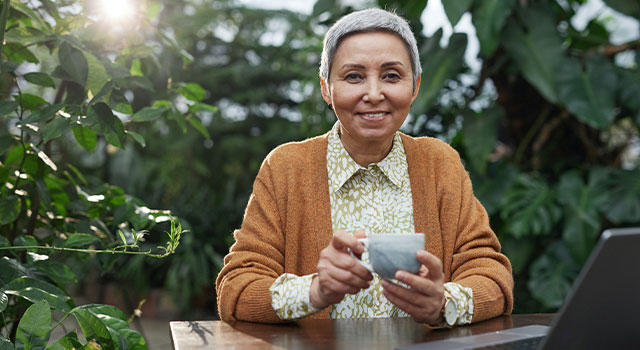 For many people, their day doesn’t begin until they’ve had their hot cup of coffee. But does their beloved brew heighten their risk of developing glaucoma? As for patients who’ve already received a glaucoma diagnosis—should they steer clear of all caffeine?

But First, What Is Glaucoma?

Glaucoma is a group of eye diseases characterized by increased pressure within the eye. While ocular pressure affects all structures of the eye, it can severely damage the optic nerve, resulting in vision loss.

There are two main types of glaucoma: open-angle glaucoma and angle-closure glaucoma.

Glaucoma is a leading cause of preventable blindness and vision loss, and often starts with no noticeable symptoms. That’s why regular eye exams are so vital.

Several studies have been conducted to determine whether there is a link between caffeine and the development and progression of glaucoma. While there isn’t yet a unanimous agreement, researchers generally agree that heavy caffeine intake can significantly increase your risk of developing glaucoma, especially if you are genetically predisposed to the disease.

One study published in the Journal of Glaucoma observed the effects of caffeine and coffee-drinking in patients with open-angle glaucoma. They found that intraocular pressure (IOP) was higher among those in the coffee-drinking group, who consumed at least 2 cups of coffee a day.

Another study found that heavy coffee drinkers (5 or more cups of caffeinated coffee per day) were more likely to develop glaucoma than those who don’t drink coffee.

In contrast, a third study (that used information from the National Health and Nutrition Examination Survey) found that caffeinated coffee was not a risk factor for glaucoma. Even more noteworthy: those who regularly drank hot, caffeinated tea had a lower risk of glaucoma. The researchers theorized that the antioxidants in tea counteracted the caffeine.

So, what’s the bottom line?

If you have glaucoma or if it runs in your family, speak to your eye doctor about limiting your caffeine intake as a preventative measure.

How We Can Help

Here’s some good news: a glaucoma diagnosis doesn’t necessarily mean vision loss. With the help of your eye doctor, glaucoma can be effectively managed to delay or even prevent vision loss.

The best way to ensure a healthy outcome for your eyes and vision is to schedule regular comprehensive eye exams with your optometrist.

Book An Appointment
Call Us 720-513-3737
Request An Appointment
Request your next appointment by filling out this secure online form. Please include your preferred appointment time.
Online Forms
Patient Forms
Find all of our online forms here.
Email Us
You can reach us by email. No confidential information please!
Order Contact Lenses